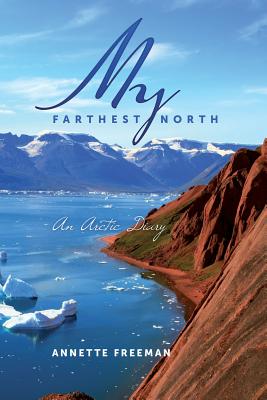 
This title is likely unavailable. Email or call for price and availability.
During three weeks in the High Arctic our heroine reaches her ʻfarthest northʼ as well as her ʻcoldest northʼ. With a wry sense of humour, this fictionalised memoir introduces us to a diverse cast of characters, including polar bears, reindeers, walrus, a Polish Arctic explorer, a Russian sea captain, a quirky expedition leader...and the shadowy Eduardo. As she journeys on, our narrator tells Eduardo about everything she is seeing, experiencing, learning and reading. We learn gradually that Eduardo is stuck in his office and couldnʼt make the trip with her. Are they lovers? In northern Norway, night disappears along with the 3G signal. Bravely facing the rickety steps down the side of the ship to the inflatable dinghy, learning to make wet landings, and how to - and how not to - approach walrus, our narrator learns a few things about herself and the difficulty of remaining cheerful in spite of a very cold butt. In Svalbard, euphoria at a polar bear sighting gives way to a ho-hum glacier expedition. In Greenland, Heidi the Inuit Girl welcomes the expeditioners in full Traditional Dress and with walrus canapes, and an Inuit grandmother offers roasted polar bear. In Iceland various threatened species adorn the cafe menus. In reading our heroineʼs journal written for Eduardo, we are eavesdroppers on her uncensored thoughts. Her bouts of bad temper and her unreasonable expectations are all here, along with her wry assessments of her fellow Arctic travellers. If youʼve ever wondered what it was like to sit in a small boat above the Arctic Circle, with nothing around you but fog, the disappearing sea ice, the chance of a bear sighting and a severe bout of unrequited love, this story is for you.