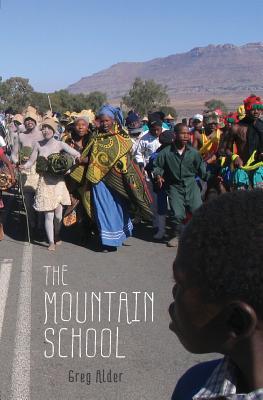 
Available in Warehouse. Wait for Email Confirmation for ETA
This book cannot be returned, cancelled, or exchanged. Please call for availability and pricing
The Kingdom of Lesotho is a mountainous enclave in southern Africa, and like mountain zones throughout the world it is isolated, steeped in tradition, and home to few outsiders. The people, known as Basotho, are respected in the area as the only tribe never to be defeated by European colonizers. Greg Alder arrives in Tsoeneng in 2003 as the village's first foreign resident since 1966. Back then, the Canadian priest who had been living there was robbed and murdered in his quarters. Set up as a Peace Corps teacher at the village's secondary school, Alder finds himself incompetent in so many unexpected ways. How do you keep warm in this place where it snows but there is no electricity? How do you feed yourself where there are no grocery stores let alone restaurants? Tsoeneng is a world apart from his home in America, but Alder persists in adapting. He learns to grow food, he learns to speak the strange local language, and he makes enough friends such that he is eventually invited to participate in initiation rites. Yet even as he seems accepted into the Tsoeneng fold, he sees how much of an outsider he will always remain-and perhaps want to remain. The Mountain School is insightful and candid, at times accepting and at times rebellious. It is the ultimate tale of the transplant.
From 2003 to 2007, Greg Alder lived in Lesotho, Africa as a Peace Corps teacher. Visit his website at www.gregalder.com