The Wall of Winnipeg and Me (Paperback) 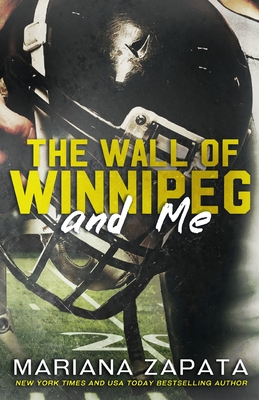 The Wall of Winnipeg and Me (Paperback)


Available in Warehouse. Wait for Email Confirmation for ETA
This book cannot be returned, cancelled, or exchanged. Please call for availability and pricing
Vanessa Mazur knows she's doing the right thing. She shouldn't feel bad for quitting. Being an assistant/housekeeper/fairy godmother to the top defensive end in the National Football Organization was always supposed to be temporary. She has plans and none of them include washing extra-large underwear longer than necessary. But when Aiden Graves shows up at her door wanting her to come back, she's beyond shocked. For two years, the man known as The Wall of Winnipeg couldn't even find it in him to tell her good morning or congratulate her on her birthday. Now? He's asking for the unthinkable. What do you say to the man who is used to getting everything he wants?