On The Right Track: Volume I: Early Travels of a Noted Anthropologist, Historian & Writer in Africa (Paperback) 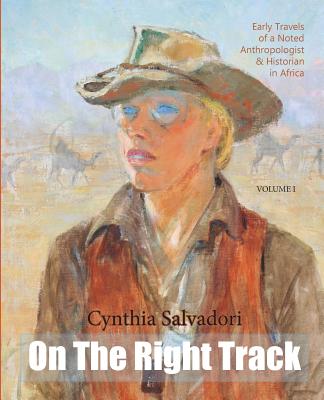 On The Right Track: Volume I: Early Travels of a Noted Anthropologist, Historian & Writer in Africa (Paperback)


Available in Warehouse. Wait for Email Confirmation for ETA
This book cannot be returned, cancelled, or exchanged. Please call for availability and pricing
On The Right Track, in three volumes, covers 15 years (1967 to 1982)of traveling and working on the African continent as recalled by Cynthia Salvadori, noted social anthropologist, historian and photographer. These early experiences with her long-time companion and working partner, Andrew Fedders, influenced every facet of her later life and were the beginning of her passion to document and preserve the history of marginalized peoples and capture fast-disappearing moments in African cultures. She and Andy were initially intrigued by remote, indigenous tribes still living the life of their ancestors in the face of ever-encroaching modern-day 'progress'. Their bare-bones, slow methods of travel allowed them ample opportunity to observe, participate in, and record local life all over the continent. During these years they also researched the Maasai and Turkana peoples of Kenya, other African pastoral cultures and various herder tribes of the Nile. Later in life, her anthropological interests expanded to include documentation of numerous African-Asian cultures, Jews in Kenya, as well as human rights abuse in Ethiopia, Kenya and elsewhere. . . to name only a few. Though well-known and respected in Africa, the publication of On The Right Track may well bring deserved recognition of the importance of her life's works to other parts of the world. The three volumes total 1072 pages with 669 photos and 25 maps. Each volume is sold separately. Volume I reflects 1967-1972, Volume II is 1973-1975, and Volume III contains 1976-1982.
Cynthia was trained in anthropology at the University of California, Berkeley, did post-graduate studies at Bennington College, and essentially lived in Africa from 1958 until she died in Lamu, Kenya, in 2011. She published six books, co-authored another three with Fedders, edited, co-authored or translated works with numerous authors, received grants to document tribal ceremonies (Gabra, Boran, etc.), and wrote hundreds of articles as well.