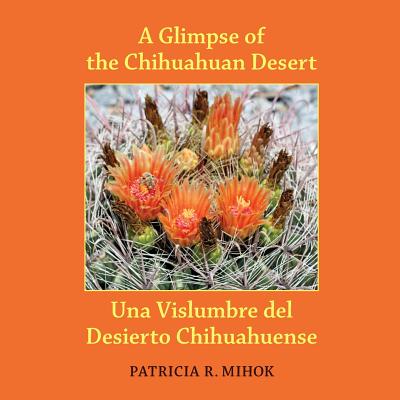 
Available in Warehouse. Wait for Email Confirmation for ETA
This book cannot be returned, cancelled, or exchanged. Please call for availability and pricing
This book, in both English and Spanish, will introduce readers to a unique region that has been hidden in plain sight for far too long. Of the four deserts found in North America, the Chihuahuan Desert is the largest. Located in both the United States and Mexico, it is not the desolate place most people think of when they hear "desert." Eight ecosystems, resulting from basin and range landforms, have created an area teeming with extremely diverse plant and animal life. It is a place that deserves our attention and respect. Update: This book won first place in the New Mexico Press Women's Communications Contest 2015 for children's non-fiction. Update: This book won first place in the New Mexico-Arizona 2015 Book Awards for Spanish Language.
Patricia R. Mihok has lived in the Chihuahuan Desert for over thirty years. She is a retired teacher from Las Cruces, NM. During her tenure, she received the Presidential Award for Excellence in Mathematics and Science Teaching. In 2003, her class won first place in the NASA Student Involvement Program for their project "My Planet Earth-The Chihuahuan Desert." In addition to writing, Ms. Mihok works with the Asombro Institute for Science Education.