What Jesus Was Really Saying: how we turned his teachings upside down (Supersoul #4) (Paperback) 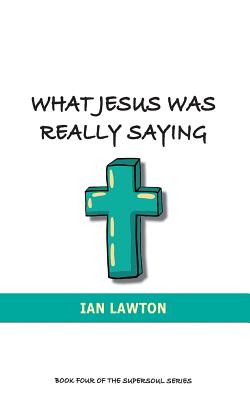 What Jesus Was Really Saying: how we turned his teachings upside down (Supersoul #4) (Paperback)

This is book number 4 in the Supersoul series.

I tell you, the one who believes in me will also do the works that I do and, in fact, will do greater works than these.' (John 14:12)

What if Jesus wasn't the 'son of God'? What if God doesn't even exist... at least not as any sort of entity separate from each of us? What if, even, we ourselves are just as divine as Jesus was?

Could it be that he was trying to tell us that, in our own right, each and every one of us is already a 'creator god' of the highest order? Could that be the 'good news' he was trying to give us?

But what if we were given another even timelier reminder of who and what we really are... every single one of us, from the apparently highest to the apparently lowest?

How different would the world be if more and more of us became empowered enough to stop praising and blaming any number of gods, gurus and prophets in equal measure... and each of us started to take full responsibility for our own unique human experience?

Is it possible that we weren't ready before... but this time things are different? Could it even be that this is the most important evolutionary leap our species will ever make... and that now is the time for us to make it?