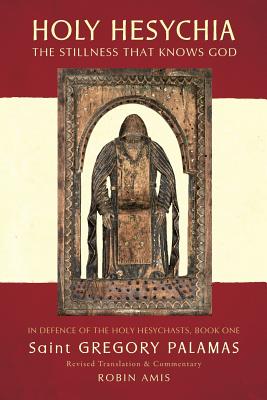 This great work of St Gregory Palamas is an exposition of a spiritual tradition that has been practised, tried and tested for over 1600 years. Palamas describes the difference between worldly and spiritual knowledge, the nature of illumination and how the action of the divine may be encountered within us.

It was written almost 700 years ago in support of the practice of hesychasm - the path of inner stillness, which originated in the fourth century - a practice that perhaps has greater relevance today than ever before. In an age when the West prefers to look East in search of a spiritual tradition, to the practices of yoga, zen or Sufism, it is a surprise to discover that there is an authentic and unbroken Western tradition, stretching back nearly two millennia, that has continually offered the 'living water' of a way followed by numerous saints.
Although hesychasm was developed by hermits and monks, aspects of it can equally be practised by those of us living in the world today. This is made clear in the Commentary by Robin Amis, who puts hesychasm into a modern context and shows how we can all benefit from this ancient tradition that leads to 'the stillness that knows God'.
The Palamas text was originally published in 2002 as 'The Triads: Book One'. This edition is a substantially revised translation of the original text and features an additional Commentary by the author Robin Amis.