The V Girl: A coming of age story (Paperback) 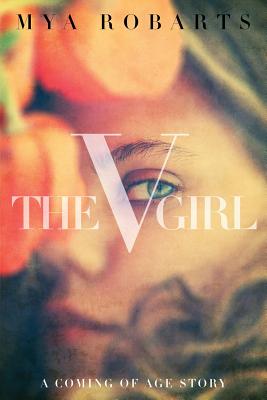 The V Girl: A coming of age story (Paperback)

ROMANCE SET IN A DYSTOPIAN FUTURE

In post-apocalyptic North America, sexual slavery is legal. Lila Velez desperately wants to lose her virginity before the troops visit her town and take it away by force. She makes plans to seduce her only friend. Lila does not love him, but he is the only man who has shown her true affection, an affection she is willing to take as a substitute for love.
Lila's coping mechanism to deal with her mother's loss is her secret. A secret that will bring her closer to Aleksey F rst, a foreign, broody man who she distrusts because of his links to the troops and his rough, yet irresistible appearance. He offers Lila an alternative to her plans, a possibility that terrifies her...and tempts her in spite of herself.
With threats looming at every turn and no way to escape, Lila fears that falling in love will only lead to more heartache. The consequences of laying down her arms for Aleksey and welcoming hope might destroy more than her heart. They might force her to face the worst of her nightmares becoming a reality. Is love possible in a world that has forgotten what the human touch is?

NOTES FROM THE AUTHOR
* This is a book full of romance and anti-rape messages. I didn't write this book to romanticize violence against women but to tell the story of a girl who has to come of age under the most terrible circumstances.

* This full-length novel is a stand alone. No cliffhanger

* Includes a discussion guide for bookclubs