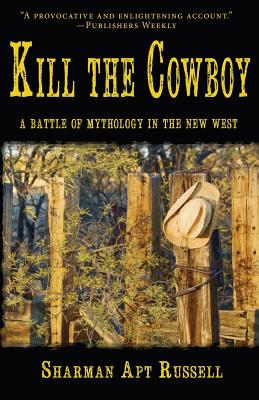 
Available in Warehouse. Wait for Email Confirmation for ETA
This book cannot be returned, cancelled, or exchanged. Please call for availability and pricing
To environmentalists, wilderness is a valuable resource and a sacred place; to many ranchers, wilderness means eviction and government interference. Russell, herself a westerner, here tackles the complex and controversial issues of land health and wildlife in the West. A provocative and enlightening account."-Publishers Weekly Rising larger than life against the Western horizon, the cowboy sits astride his horse right in the middle of American mythology, husbanding our ideals of freedom, independence, and valor. And grazing his cattle on the wide-open land, he leaves a dusty trail: weeds spring up, scrub brush flourishes, wildlife declines, ground compacts, soil erodes, streambeds turn into dry gullies. Treading a fine line between the idyllic myth and the harsh facts of real-life ranching, this book offers a measured look at the struggle over the future of the American West, where visions of the land sharply divide between those who want to use it, those who want to save it from abuse, and those who see a middle way. Fairly-though envisioning a revamping of the current grazing system-Sharman Apt Russell describes the present battles that pit ranchers against environmentalists, new Westerners against old, private concerns against government policies. The story she tells is dramatic, animated with the distinctive personalities and contentious episodes that have shaped current debates. It is also scrupulously attentive to the details of history, politics, and economics in the region. Grounded in a deep respect for land, this elegantly written, well-reasoned book begins the work of reevaluating our heroic myths and immediate needs in a way that will prove sustainable for all the West's inhabitants. "Take the cowboy, please, and send him packing, along with all his mythological baggage--or so argues Russell. . . in this provocative and iconoclastic study. . . . Russell takes a cultural icon and, in one bold stroke, brings it full circle from myth to menace. The West needs a new image, and she's given us many to choose from."-Kirkus Reviews.
This year, my Diary of a Citizen Scientist: Chasing Tiger Beetles and Other New Ways of Engaging the World (Oregon State University Press) was given the 2016 John Burroughs Medal for Distinguished Nature Writing. The awards started in the 1920s and recipients include Aldo Leopold, Rachel Carson, and Roger Tory Peterson. To be included in such a list! I am so honored and pleased. Although considered a science and nature writer, essentially I write about whatever interests me and seems important--living in place, archaeology, flowers, butterflies, hunger, pantheism. My most recent books are eco-fictions. Knocking on Heaven's Door is a speculative novel about a Paleoterrific future, and Teresa of the New World is a young adult novel set in the dreamscape of the sixteenth century American Southwest. This makes sense. I've spent most of my life in Southwestern deserts, where magical realism is just a synonym for reality. For more information, and other news, please go to my Facebook author page Sharman Apt Russell. Or my website www.sharmanaptrussell.com. Right now I am working on a book about paradigm shifts in how we treat and prevent childhood malnutrition. I believe in this kind of range for a writer. It's all connected. A little bit of bio: Raised in the suburbs of Phoenix, Arizona, in 1981 I settled in southern New Mexico as a "back to the lander" and have stayed there ever since. I am a professor emeritus in the Humanities Department at Western New Mexico University in Silver City, as well as an associate faculty at Antioch University in Los Angeles. I received my MFA in Creative Writing from the University of Montana and my B.S. in Conservation and Natural Resources from the University of California, Berkeley. I have two children who are grown up--quite sadly and naturally, they left home. As a teacher, my philosophy is simple: my goal is to increase a student's authority as a writer. I am here to encourage and support that authority. I can help students better revise their work. I can teach students how to talk about writing with other writers. I can help them feel more centered in who they are as writers and why they write. I can serve as an editor and mentor. I can model a writer's life. As well as teaching at WNMU and Antioch, for the last fifteen years I have been a visiting writer at universities and colleges across the country.