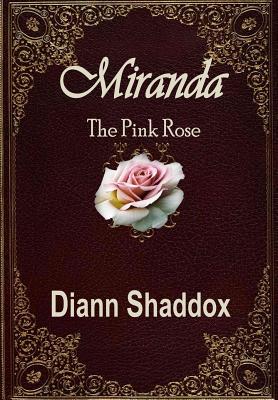 Miranda is an executive, the owner of a bank, carries a gun in her purse, kills a man, and falls in love with a gambler. What's different about Miranda? She doesn't live in the twenty first century she lives in the late 1800's.

A forbidden passion prevails over a lifetime between a spirited young socialite and a known gambler in the late 1800's. Miranda Cathleen Curry, a feisty young Irish woman and an heir to a large fortune is a survivor even after the loss of her family, husband, and baby. Miranda vows to rebuild the Old Grand Hotel, her bank, and her life after the 1906 San Francisco earthquake and fire, never letting anyone or anything get the best of her.

Miranda's story is one of a love that transcends social norms, encompassing two love stories one with Vaughn, a known gambler and her one true love that is forbidden, and the other with Oliver a socially correct marriage. The precariousness of social class and class prejudice in the late 1800's contributes to the loss of Vaughn, forcing him to leave a life she had planned. Miranda is unwavering as she fights loneliness, her albatross that shows no mercy as it tries to squeeze the life out of her time after time.