My First Yoga ABC (Board Books) 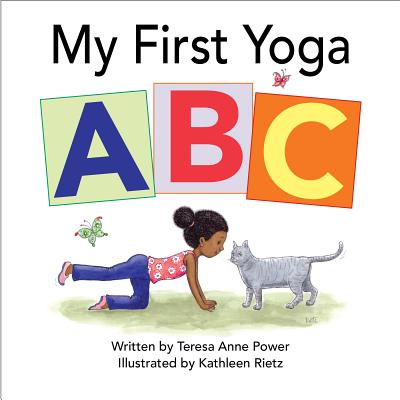 My First Yoga ABC (Board Books)


Available in Warehouse. Wait for Email Confirmation for ETA
My First Yoga ABC is a sturdy board book to help children learn, not only the alphabet, but some simple yoga poses as well. Each page has block letters of the alphabet, with a corresponding yoga pose. For instance, Aa is for Airplane posture. Young children will delight in practicing yoga while learning their ABCs.
TERESA ANNE POWER is a former attorney, and an internationally recognized children's yoga expert. She is also the author of the bestselling award-winning book and product line, The ABCs of Yoga for Kids, which has sold over 200,000 copies worldwide and translated into 4 languages. She is also the founder of International Kids' Yoga Day, which is a global event reaching over 100, 000 children worldwide to celebrate their health and fitness through yoga. Teresa has taught yoga to thousands of children and has spoken at numerous libraries, schools, bookstores, yoga studios and conferences across the United States. She has been featured in many newspapers and magazines, including USA Today. She also teachers Children's Yoga Training Workshops, is a key note speaker, and volunteers her yoga expertise at Let's Move West LA, Children's Bureau, The Boys and Girls Club, SOS Mentor, Connections for Children, Pathways and The Neighborhood Youth Association. Teresa has appeared on local and national TV talking about the health benefits of yoga for kids, including a Fox News affiliate and Good Morning Arizona. For more information, please visit Teresa's website at www.abcyogaforkids.com and kidsyogaday.com. Kathleen Rietz has loved art from the time she was a little girl, and has painted and drawn throughout her entire life. She resides in Chicago, Illinois. Visit Kathleen on the web at kathleenrietz.com.