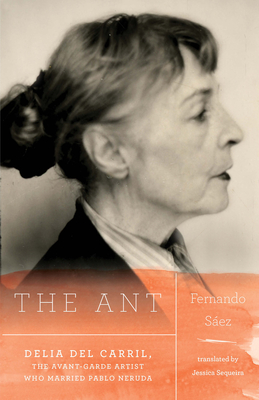 Backordered
This book cannot be returned, cancelled, or exchanged.

Literary Nonfiction. Women's Studies. Latinx Studies. Translated by Jessica Sequeira. Delia del Carril (1884 - 1989) grew up in the aristocratic world of the Buenos Aires lite, but she rebelled by becoming an artist, a communist, and a cultural force in Latin America and Europe. Known as the Ant for her tireless work ethic, beloved for her wit, and admired for her enormous paintings, Delia's passion for life was unmatched, except perhaps by her husband of over twenty years, Pablo Neruda. In THE ANT, Fernando S ez explores the life and achievements of this remarkable woman, as well as her profound influence on Neruda's writing. Written with deep empathy and peerless research, THE ANT is both the unforgettable story of a woman's lifelong quest for artistic and political freedom, and a revealing look at how 20th-century Latin American society changed throughout Delia's long life. Rigorously researched and considered... S ez weaves a vivid tale of inheritance, bohemian enclaves, and armed struggle in Spain during the Spanish Civil War. Readers looking for a rich blend of art and politics should give this a look.--Publishers Weekly.