Public Policymaking in a Democratic Society: A Guide to Civic Engagement (Paperback) 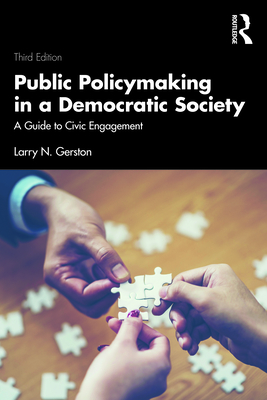 Public Policymaking in a Democratic Society: A Guide to Civic Engagement (Paperback)

Public Policymaking in a Democratic Society, Third Edition may be used in introductory courses on public policy, internships, or service-learning programs. It equally serves as an invaluable resource for any organized effort to involve citizens in community service and the exercise of civic responsibility.

Larry N. Gerston is Professor Emeritus of Political Science at San Jose State University, USA. He is the author or co-author of 12 academic books, including three on public policymaking. Professor Gerston has written more than 150 op-ed pieces for major newspapers that focus on public policy issues, and since 1980, he has been the on-air political analyst at NBC Bay Area television, where he appears weekly to explain complex political themes to the viewing audience in understandable terms. He also serves as the political analyst for KCBS radio, an all-news radio station in San Francisco.