A Glimpse at the Travelogues of Baghdad (Hardcover) 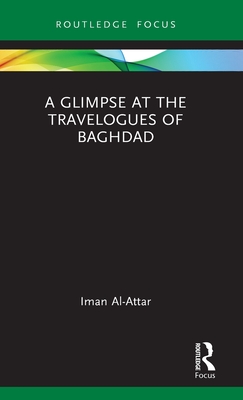 A Glimpse at the Travelogues of Baghdad (Hardcover)

The history of Baghdad in the 18th and 19th centuries had predominantly been written by two groups. The first group is Baghdadi scholars, and the second group is travellers. These two resources complement each other; while the literature of Baghdadi scholars provides insights from inside, travelogues provide observations from outside. By implementing this interlocking method of investigation, we can reach a comprehensive understanding of the history of Baghdad. Having investigated some sources from inside in my previous book; Baghdad: an urban history through the lens of literature, the focus of this book is on travel literature. The history of travelogues throughout different periods of Baghdad's history is highlighted, with a particular focus on 18th and 19th century travelogues. This period was a critical epoch of change, not just in Baghdad, but across the world. Nevertheless, this book does not intend to provide a documentary of the travellers who visited Baghdad. It is rather an analytical study of the colonial literature in relation to the historiography of Baghdad.

Iman Al-Attar is an Iraqi architect, historian and a doctor in philosophy and urban history. She is currently doing research on topics including urban history, Islamic architecture, cultural issues and Baghdad. In 2018 she published her first book; Baghdad: an urban history through the lens of literature, which examines the writings of some local scholars who stayed in Baghdad in the 18th and 19th centuries.