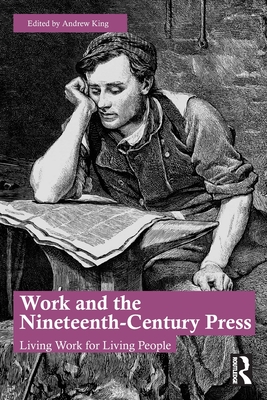 Andrew King is Professor of English at the University of Greenwich. He has published widely on nineteenth-century print media and popular reading, including two award-winning volumes with Alexis Easley and John Morton: The Routledge Handbook to Nineteenth-Century British Newspapers and Periodicals (2016) and Researching the Nineteenth-Century Press (2017). He is currently co-editor of Victorian Popular Fictions, the organ of the Victorian Popular Fiction Association (of which he was President 2019-22), and runs BLT19.co.uk, an open-access site dedicated to nineteenth-century Business, Labour, Trade and Temperance periodicals.