Our Roots in Floyd: A History of Farming Families in the Town of Floyd (Hardcover) 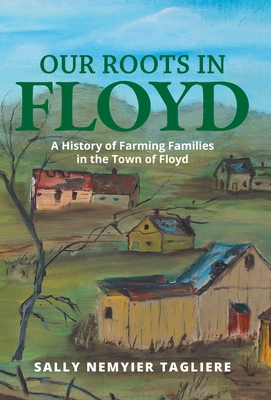 Our Roots in Floyd: A History of Farming Families in the Town of Floyd (Hardcover)


Available in Warehouse. Wait for Email Confirmation for ETA
This book cannot be returned, cancelled, or exchanged. Please call for availability and pricing
The town of Floyd had it's first settlers in the mid 1700's. There were still native Indians and wildlife we no longer see who lived in and near the area. There was no established monetary system as yet, so most trade was done in the form of bartering. The people had to glean their living out by farming, hunting, trading or any combination of these. What remarkable people they must have been to not only survive but to flourish under the rustic untamed conditions into which they had moved to. Some moved on to other towns and even to other states, but many of them stayed. They were the ancestors of many people who now live in or near Floyd. Some of the remaining descendants were kind enough to relate the histories of their families, and some of the descendants were too busy with work and life, or didn't have any information about ancestors. Records and legal documents are available, but not always accurate. These records, documents and family histories are all compiled to create the making of "Our Roots in Floyd.