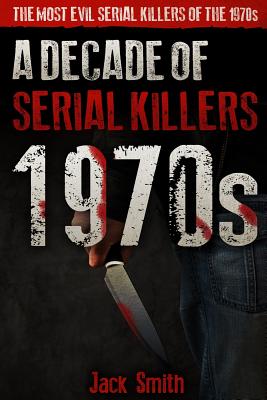 Discover the most wicked serial killers of the 1970s, one of the worst decades of true crime and heinous serial murderers America has ever known.

In the 1970s, many social happenings became popular and widespread. Unfortunately, not all of them were good, and a trend of serial murders came into being, as well, and society was still far from being as capable of dealing with it as it is able today.In many ways, the 1970s was the decade that crystalized the concept of the serial killer. Those days of disco past were also the heyday of some of the most notorious serial killers of all time. This book explores some of the best documented of these cases-and some of the most shocking, horrific and downright bizarre. This book does not seek to glorify crime, but it does stand as a testament and a warning about the darker side of human nature.
Some of the 15 cases you will find inside this book include:

Scroll back up and order your copy today