Resistance Essays from the Heartland: This Is What Democracy Looks Like (Paperback) 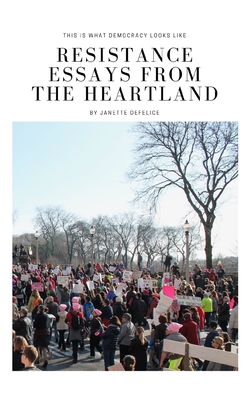 Resistance Essays from the Heartland: This Is What Democracy Looks Like (Paperback)


Backordered - ETA Unknown
This book cannot be returned, cancelled, or exchanged. Please call for availability and pricing
This collection of Janette DeFelice's essays was written between 2016 (beginning the day after Donald Trump's inauguration as 45th president of the United States) and 2019. They cover topics relevant to the new political movement emerging during that time, including: why conservatives think the way they do, teaching kids about politics, the construct of gender, student loan debt, sexism, gun violence, and the environment. Some are short and simple. Others are more in-depth.