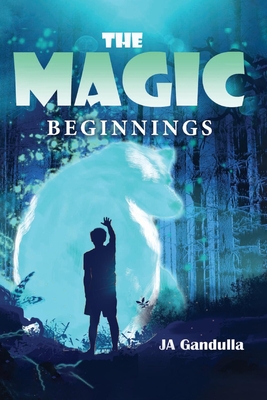 By JA Gandulla
List Price: $10.00
Our Price: $8.99
(Save: $1.01 10%)
On Our Shelves as of 9am Today
The Magic takes its readers on an unforgettable adventure and chronicles the story of a young boy named Paul, who lives in a small town in Montana. When Paul makes some unfortunate decisions and casually uses his "worry rock" for comfort, he awakens an ancient magic. After the rock's creator appears with a warning and instructions, Paul finds himself racing against the clock. For Paul to succeed he must learn what the stone wants through creativity and unconventional thinking while he is enmeshed in the wilderness.

Building upon each adventure, the series follows the emergence of an ancient fairy clan that created the worry rock. As Paul overcomes each worry, more of this cursed clan is freed. However, revenge against the other fairies threatens, ultimately leaving Paul to put all he has discovered to use in order to save everyone.

As the first book in the series, The Magic features short chapters with attention-grabbing content. The Magic reaches beyond traditional tools, cleverly weaving real-world scenarios with biology, mythology, and philosophy, to establish nature as an ongoing teacher for everyday difficulties. The story's "factual fiction" structure makes it dynamic, appealing to children of all ages, as well as parents, and educators. The adventure is followed by a scientific summary of each animal highlighted in the storyline, and there also are questions and points of conversation included for book clubs. Whether for the recreational reader, parent or teacher, The Magic is a truly holistic piece of fiction that promises to be an entertaining and educational experience for all.

Julie Ann Gandulla is a writer, philosopher, natural wellness educator, and an outdoor enthusiast. She lives in Montana with her children Aidan and Fallon, their two dogs Fox and Night, and their four frogs Max, Ruby, Shakespeare & Hathaway.