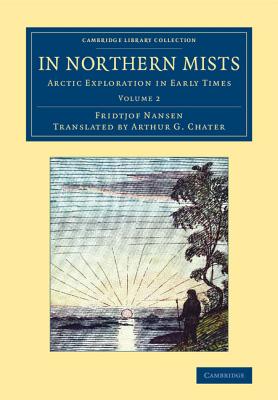 
Available in Warehouse. Wait for Email Confirmation for ETA
This book cannot be returned, cancelled, or exchanged. Please call for availability and pricing
Accounts of the earliest exploration of the Arctic are scattered through many literatures. In writing this work, reissued here in the two-volume English translation of 1911, the celebrated Norwegian explorer Fridtjof Nansen (1861 1930) returned to many of the original sources. Calling on others to help him interpret texts in several languages, Nansen begins his account with the first mentions of the Arctic in Greek literature and ends with voyages of the sixteenth century. He notably questions some of the traditional history based on Norse sagas. Each volume contains lengthy quotations from little-known documents, making much valuable information accessible to non-specialists. Volume 2 continues from the discovery of North America through the explorations of the Inuit to the decline of the settlements in Greenland. Nansen describes early Norwegian explorations, considers the maps available to early explorers, and closes with the discoveries made by Cabot and the Portuguese.