30 Great Myths about the Romantics (Paperback) 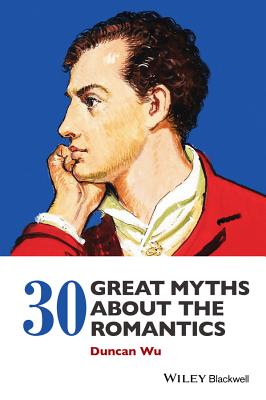 30 Great Myths about the Romantics (Paperback)

Brimming with the fascinating eccentricities of a complex and confusing movement whose influences continue to resonate deeply, 30 Great Myths About the Romantics adds great clarity to what we know - or think we know - about one of the most important periods in literary history.

Duncan Wu is Professor of English at Georgetown University in Washington, DC. He is the editor of Romanticism: An Anthology, 4th edition (WileyBlackwell, 2012), and the author of books about Romanticism, Wordsworth, and Hazlitt.