Britain and the Crisis of the European Union (Hardcover) 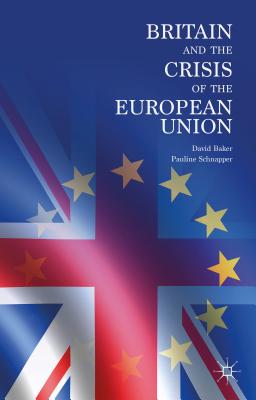 Britain and the Crisis of the European Union (Hardcover)


Available in Warehouse. Wait for Email Confirmation for ETA
This book centres on the effects of the political and later economic crisis which seriously affected the European Union and its impact on the seemingly endless UK debate over Britain's position within the EU.
David Baker is a retired professor of Politics from the University of Warwick. In 1991 he founded (with Professor Andrew Gamble) the 'Members of Parliament Group' which researched the influence of euroscepticism on the major UK political parties, with a special focus on the Conservative Party. His research is based upon a political economy approach.Pauline Schnapper is a Professor of British Studies at the University of Sorbonne Nouvelle Paris 3 and a fellow of the Institut Universitaire de France.