Re-Evaluating the Literary Coterie, 1580-1830: From Sidney to Blackwood's (Hardcover) 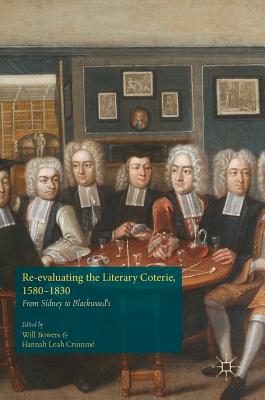 Re-Evaluating the Literary Coterie, 1580-1830: From Sidney to Blackwood's (Hardcover)


Available in Warehouse. Wait for Email Confirmation for ETA
This book is about the literary and friendship networks that were active in Britain for a 250 year period. Patterns in the nature of literary social circles emerge: they may centre upon a location, like Christ Church, or a person, like Aaron Hill; they may suffer stress when private relationships become public knowledge, as Caroline Lamb's Glenarvon shows; and they may model themselves on a preceding age, as the relationship between the Sidney circle and Lady Mary Wroth exemplifies. Despite these similarities, no two coteries are the same. The circles this volume examines even differ in their acceptance of their own status as a coterie: someone like Constance Fowler was certainly part of a strict familial coterie; the Scriberlians were a more informal set who were also members of other groups; and although Byron's years of fame are regularly associated with Holland House, he often denied being of their party.
With an Afterword by Helen Hackett.