The Automobile: A Chronology of Its Antecedents, Development, and Impact (Routledge Library Editions: The Automobile Industry) (Paperback) 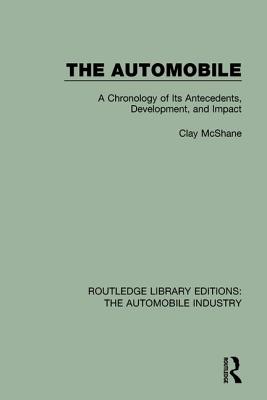 The Automobile: A Chronology of Its Antecedents, Development, and Impact (Routledge Library Editions: The Automobile Industry) (Paperback)

Originally published in 1997 and now re-issued with some updated material, this chronology lists the major events in the history of the automobile. The automobile cannot be understood without knowing about its pre-history, including technologies such as railroads, carriages and trolley cars. Material on these is included to the extent that they represented preludes to the modern car culture. The volume also includes material about the technology, design and production of cars and their manufacturers. The ancillary fields of oil production and refining and road building are also covered. Focussed mainly, but not exclusively on the USA this chronology discusses the car and its role in social, geographical and political change.

Clay McShane is a noted authority on automobile history. Among his earlier works are Down the Asphalt Path: American Cities and the Automobile