Patrick McGrath and His Worlds: Madness and the Transnational Gothic (Routledge Studies in Contemporary Literature) (Hardcover) 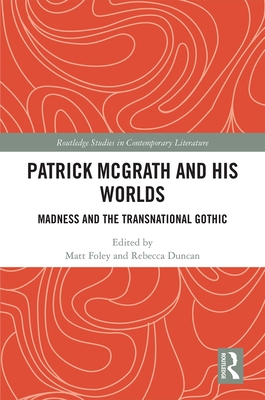 Patrick McGrath and His Worlds: Madness and the Transnational Gothic (Routledge Studies in Contemporary Literature) (Hardcover)

Following the publication of Ghost Town (2005), a complex, globally conscious genealogy of millennial Manhattan, McGrath's transnational status as an English author resident in New York, his pointed manipulation of British and American contexts, and his clear apprehension of imperial legacies have all come into sharper focus. By bringing together readings cognizant of this transnational and historical sensitivity with those that build on existing studies of McGrath's engagements with the gothic and madness, Patrick McGrath and his Worlds sheds new light on an author whose imagined realities reflect the anxieties, pathologies, and power dynamics of our contemporary world order. McGrath's fiction has been noted as parodic (The Grotesque, 1989), psychologically disturbing (Spider, 1990), and darkly sexual (Asylum, 1996). Throughout, his corpus is characterized by a preoccupation with madness and its institutions and by a nuanced relationship to the gothic. With its international range of contributors, and including a new interview with McGrath himself, this book opens up hitherto underexplored theoretical perspectives on the key concerns of McGrath's ouevre, moving conversations around McGrath's work decisively forward. Offering the first sustained exploration of his fiction's transnational and world-historical dimensions, Patrick McGrath and his Worlds seeks to situate, reflect upon, and interrogate McGrath's role as a key voice in Anglophone letters in our millennial global moment.

Dr. Matt Foley is Lecturer in Modern and Contemporary Literature at Manchester Met. The author of Haunting Modernisms (Palgrave, 2017), he is a member of the Manchester Centre for Gothic Studies, the administrator of the International Gothic Association's Allan Lloyd Smith Memorial Prizes, and academic lead for HAUNT Manchester. He works predominantly on modernist literature, the gothic, and literary acoustics. Dr. Rebecca Duncan teaches literature in English at Stirling University. She is the author of South African Gothic (University of Wales Press, 2018), a member of Stirling's International Centre for Gothic Studies, and - from 2020 - the recipient of a Crafoord Foundation postdoctoral fellowship at Linnaeus University. She researches in postcolonial- and world-literature, speculative fiction and the gothic. .