The Emergency and the Indian English Novel: Memory, Culture and Politics (Hardcover) 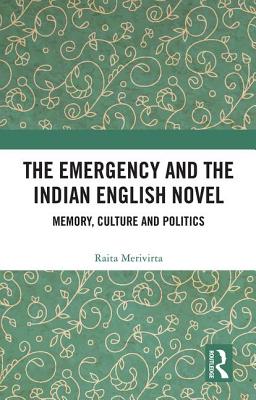 The Emergency and the Indian English Novel: Memory, Culture and Politics (Hardcover)

This book examines the cultural trauma of the Indian Emergency through a reading of five seminal novels. It discusses the Emergency as an event that prompted the writing of several notable novels attempting to preserve the silenced and fading memory of its human rights violations and suspension of democracy.

The author reads works by Salman Rushdie, Shashi Tharoor, Nayantara Sahgal and Rohinton Mistry in conjunction with government white papers, political speeches, memoirs, biographies and history. The book explores the betrayal of the Nehruvian idea of India and democracy by Indira Gandhi and analyses the political and cultural amnesia among the general populace in the decades following the Emergency.

At a time when debates around freedom of speech and expression have become critical to literary and political discourses, this book will be of great interest to scholars and researchers of English literature, cultural studies, postcolonial studies, media studies, political studies, sociology, history and for general readers as well.

Raita Merivirta is an Endeavour Research Fellow at La Trobe University, Melbourne, Australia. She is one of the authors of Frontiers of Screen History: Imagining European Borders in Cinema.