Errors and Reconciliations: Marriage in the Plays and Novels of Henry Fielding (Routledge Studies in Eighteenth-Century Literature) (Hardcover) 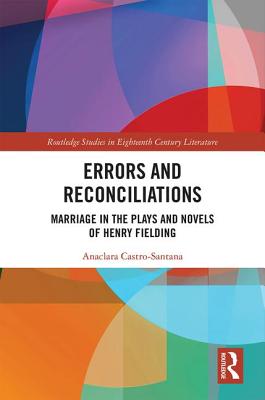 Errors and Reconciliations: Marriage in the Plays and Novels of Henry Fielding (Routledge Studies in Eighteenth-Century Literature) (Hardcover)

Henry Fielding is most well-known for his monumental novel Tom Jones. Though not necessarily common knowledge, Henry Fielding started his literary career as a dramatist and eventually transitioned to writing novels. Though vastly different in their approach and subject, there is a common thread in Fielding's work that spanned his career: marriage. Errors and Reconciliations: Marriage in the Plays and Novels of Henry Fielding explores this theme, focusing on Fielding's fascination with matrimony and the ever-present paradoxical nature of marriage in the first half of the eighteenth-century, as a state easily attained but nearly impossible to escape.

Anaclara Castro teaches English Literature at the National Autonomous University of Mexico (UNAM). She obtained her PhD at the University of York, UK in 2014. She has published academic articles on Henry Fielding, Lawrence Sterne, and William Hogarth. She is interested in the relations between the theatre and the novel in the long eighteenth century.