Forward Drive: The Race to Build the Clean Car of the Future (Paperback) 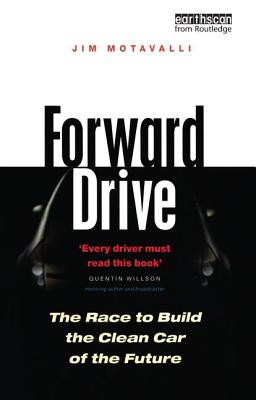 Forward Drive: The Race to Build the Clean Car of the Future (Paperback)


This title is likely unavailable. Email or call for price and availability.
Jim Motavalli is Editor of E: The Environmental Magazine, the only national independent environmental bi-monthly in the US. He occasionally writes for The New York Times 'Automobiles' section, is the 'Autos and Environment' columnist for Cleveland's daily Plain Dealer and produces a weekly car column which appears in The Philadelphia Review and the New Mass Media papers. His writing on population won a 1999 Global Media Award from the Population Institute. His freelance writing has appeared in The Boston Globe, Cars.com, The Guardian, Tomorrow Magazine and Sierra. Motavalli hosts a bi-weekly public affairs and music radio show on listener-supported WPKN-FM in Bridgeport, Connecticut. He previously taught communications at the University of Connecticut, Stamford and now teaches journalism at Fairfield University.