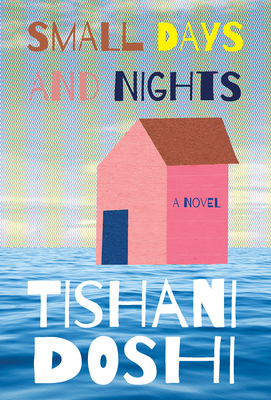 A captivating and clear-eyed story of two sisters caught in a moment of transformation, set against the vivid backdrop of modern India.

Escaping her failing marriage in the United States, Grace Marisola has returned to Pondicherry to cremate her mother. Once there, she receives an unexpected inheritance—a property on the isolated beaches south of Madras—and discovers a sister she never knew she had: Lucia, four years older, who has spent her life in a residential facility.

Settling into the pink house on its spit of wild beach, Grace builds a new and precarious life with Lucia, the village housekeeper Mallika, the drily witty Auntie Kavitha, and an ever-multiplying band of dogs, led by the golden Raja. In the lush wilderness of Paramankeni, with its vacant bus stops colonized by flying foxes, its temples shielded by canopies of teak and tamarind, where every dusk the fishermen line the beach smoking and mending their nets, Grace feels that she has come to the very end of the world. But her attempts to leave her old self behind prove first a struggle, then a strain, as she discovers the chaos, tenderness, fury, and bewilderment of life with Lucia.

In fierce, lyrical prose, Doshi presents an unflinching portrait of contemporary India, exploring the tensions between urban and rural life, modernity and tradition, duty and freedom. Luminous, funny, surprising, and heartbreaking, Small Days and Nights is a story of the ties that bind, the secrets we bury, and the sacrifices we make to forge lives that have meaning.

Award-winning poet, dancer, and novelist Tishani Doshi lives in Tamil Nadu. Her debut novel, The Pleasure Seekers, was longlisted for the International IMPAC Dublin Literary Award, and Small Days and Nights was named an Irish Times Book of the Year 2019.

Tishani Doshi brings all her skills as one of the world’s best poets to this lovely, beguiling, brilliant novel.
— Gary Shteyngart, best-selling author of Lake Success

Every sentence in this achingly beautiful book carries multiple meanings that resonate across the pages. Tishani Doshi uses language like a blade, cutting through our defenses to illuminate what it means to love, and forgive, and truly exist in the life we have.
— Maaza Mengiste, author of The Shadow King

A beautiful gem of a book full of heartbreak and joy. A deep exploration of what it is to be within family and what it is to occupy your own skin and the ebb and flow between the two.
— Nayomi Munaweera, author of What Lies Between Us

Radiantly written…this superb novel from Doshi ranges over family secrets, trying to do the right thing, and the sheer contingency of life in all its richness and uncertainty.
— Phil Baker