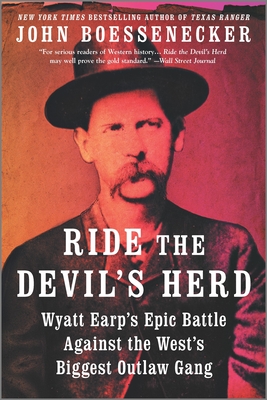 A ripsnortin' ramble across the bloodstained Arizona desert with Wyatt Earp and company... A pleasure for thoughtful fans of Old West history, revisionist without being iconoclastic. --Kirkus Reviews

Wyatt Earp is regarded as the most famous lawman of the Old West, best known for his role in the Gunfight at the O.K. Corral in Tombstone, Arizona. But the story of his two-year war with a band of outlaws known as the Cowboys has never been told in full.

"Readers who want to learn the true details about what happened before, during and after the gunfight will be rewarded... Boessenecker] provides rich detail on the Earp family and its questionable ethics." --Roanoke Times

Readers interested in Wyatt Earp and 'Wild West' history will enjoy this new chronicle of the lawman's life and times. --Library Journal