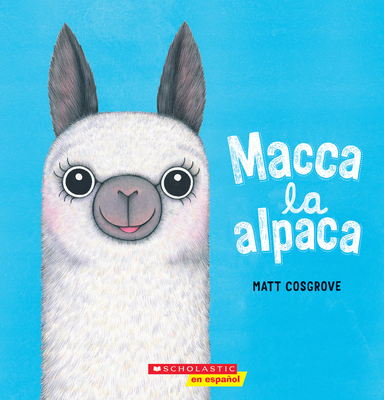 
Backordered - ETA Unknown
Macca the alpaca's days were happy and carefree until -- drama! -- a llama.

In this adorable, quirky picture book, Macca the alpaca loves splashing in puddles and gives the best cuddles. But when he bumps into a big bullying llama named Harmer (who's no charmer), Macca must prove the value of smarts and kindness.

Matt Cosgrove, lover of words, pictures, and books in general, is the author and illustrator of the Macca the Alpaca series and many other books in Australia, including My Dad Is a Robot, Thanks, Mum!, and the Epic Fail Tales series. In a varied career spanning over 25 years, Matt has been the creative director of a magazine and a lecturer in comic art at Western Sydney University, and worked in television. He has also campaigned tirelessly for the inclusion of Pictionary as an Olympic sport (not really -- but he definitely should). Visit him online at mattcosgrovebooks.com.