Ajay and the Mumbai Sun (Hardcover) 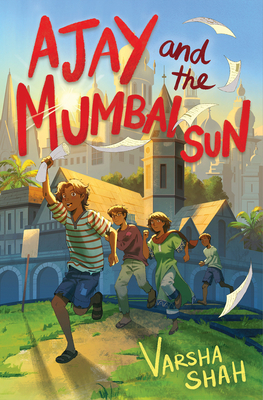 Ajay and the Mumbai Sun (Hardcover)


Available for Pre-Order Now
A high-stakes adventure full of heart and the power of words to create change in modern day Mumbai, from debut author Varsha Shah, winner of the Times/Chicken House competition.

Abandoned on the Mumbai railways, Ajay has grown up with nothing but a burning wish to be a journalist. And after finding an abandoned printing press, his dreams might just come true. But when he and his friends Saif, Vinod, Yasmin and Jai create their own newspaper, The Mumbai Sun, and begin to hunt down stories to fill their pages, the children uncover a plan to tear down their slum—which will leave hundreds of more people homeless.

Can Ajay and his friends really succeed in bringing the truth to light against some of the most powerful forces in the city, fight for justice, and save their slum from bulldozers?

Varsha Shah has had nonfiction articles published in Legal Week, Legal Week Global, economia, Harper’s Bazaar, and the Times Education Supplement. A former Solicitor, she is now an English Language and Literature teacher. She has also taught English as a foreign language in Japan and Canada, and often draws on her travels in her writing.

“A big-hearted tale… you feel as if these children could and should run the world, if only someone would give them a chance.” -- The Times, Children’s Book of the Week

“Exhilarating and heartwarming – a story that shows the true power of the pen.” Carlie Sorosiak, author of I, Cosmo

“The gang’s ambition to print the truth of its underbelly is heart-warming and truly admirable.” – Jasbinder Bilan, author of the Costa Award-winning Asha and the Spirit Bird