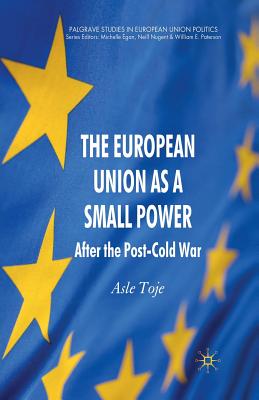 
Available in Warehouse. Wait for Email Confirmation for ETA
The post-Cold War period is coming to an end. After a decade of foreign policy integration Europe faces multipolarity internally divided and externally weak. Toje argues that due to the lack of a workable decision-making mechanism the EU is destined to play the limited but distinct role of a small power in global politics.
ASLE TOJE is Research Fellow at the Norwegian Nobel Institute, Norway. He is the author of America, the EU and Strategic Culture (2008) and editor of Neoclassical Realism in Europe (2009).