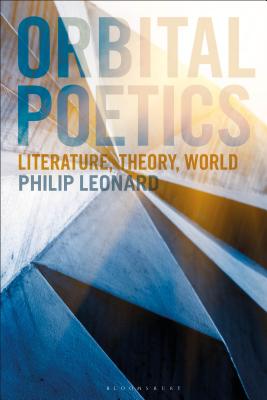 What do we mean when we talk of 'world' literature? What does a global, even a planetary view reveal to us about literature, culture and being?

In Orbital Poetics Philip Leonard explores conceptions of the world through the history of writing, theory and culture from an orbital perspective. Starting with literary and theoretical writing on satellites, orbit and terrestrial ground from the ancient world to the 21st century, the book casts a revealing new light on what it means to consider literature and culture on a global scale. Along the way, Leonard draws on a wide range of thinkers, writers and texts: from Dante and Goethe to contemporary electronic literature; Haruki Murakami and Tom McCarthy by way of philosophers and theorists including Agamben, Derrida and Heidegger; as well as astronaut photography and popular culture texts, such as novels by Buzz Aldrin and Tess Gerritsen and Alfonso Cuar n's film Gravity.

The full text of this book is available open access at https: //www.bloomsburycollections.com/book/orbital-poetics-literature-theory-world/.
Philip Leonard is Professor of Literature and Theory at Nottingham Trent University, UK. He is the author of Literature After Globalization: Textuality, Technology and the Nation State (Bloomsbury, 2013).