The Winnowing Fan: Verse-Essays in Creative Criticism (Beyond Criticism) (Paperback) 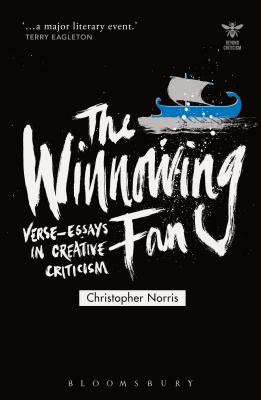 The Winnowing Fan: Verse-Essays in Creative Criticism (Beyond Criticism) (Paperback)

This path-breaking book explores different ways in which writing about poetry can deepen and extend our critical engagement by deploying creatively the manifold resources of poetic language and form. Through a series of verse-essays, reflective monologues, and inventive variations on topics in literary theory The Winnowing Fan makes a strong case for revising received ideas about the scope and limits of criticism.
Norris's poems traverse the full range of European poetic history from Homer's Odyssey, through the work of French symbolists such as Mallarm , to modern writers such as Yeats, Benjamin, Heaney, Larkin, and Barthes. There are also verse-essays and shorter pieces on philosophers from Hume and Leibniz to Heidegger, Althusser, Derrida, de Man, Rorty, Deleuze, Badiou, and Agamben. In each case Norris seeks to free criticism from conventional academic forms and return it to an active mutual engagement with the practice of literature itself.
Christopher Norris is Distinguished Research Professor in Philosophy at the University of Cardiff, Wales, and has taught at many universities in India, Australia, Greece, Spain, Germany, Canada, China, the US, and elsewhere. He is the author of numerous books on aspects of philosophy, critical theory, and modern intellectual history.