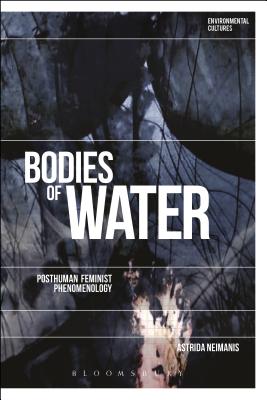 Water is the element that, more than any other, ties human beings in to the world around them - from the oceans that surround us to the water that makes up most of our bodies. Exploring the cultural and philosophical implications of this fact, Bodies of Water develops an innovative new mode of posthuman feminist phenomenology that understands our bodies as being fundamentally part of the natural world and not separate from or privileged to it.

Building on the works by Luce Irigaray, Maurice Merleau-Ponty and Gilles Deleuze, Astrida Neimanis's book is a landmark study that brings a new feminist perspective to bear on ideas of embodiment and ecological ethics in the posthuman critical moment.
Astrida Neimanis is Lecturer in the Department of Gender and Cultural Studies at the University of Sydney, Australia. She is the co-editor of Thinking With Water (2013).