Trauma, Primitivism and the First World War: The Making of Frank Prewett (Hardcover) 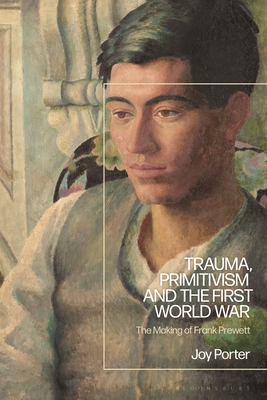 Trauma, Primitivism and the First World War: The Making of Frank Prewett (Hardcover)

This book examines the extraordinary life of Frank "Toronto" Prewett and the history of trauma, literary expression, and the power of self-representation after WWI.

Joy Porter sheds new light on how the First World War affected the Canadian poet, and how war-induced trauma or "shell-shock" caused him to pretend to be an indigenous North American. Porter investigates his influence of, and acceptance by, some of the most significant literary figures of the time, including Siegfried Sassoon, Edmund Blunden, Wilfred Owen and Robert Graves.

In doing so, Porter skillfully connects a number of historiographies that usually exist in isolation from one another and rarely meet. By bringing together a history of the WWI era, early twentieth century history, Native American history, the history of literature, and the history of class Porter expertly crafts a valuable contribution to the field.
Joy Porter is Professor of Indigenous History at the University of Hull, UK and Leverhulme Major Research Fellow, 2019-2022.