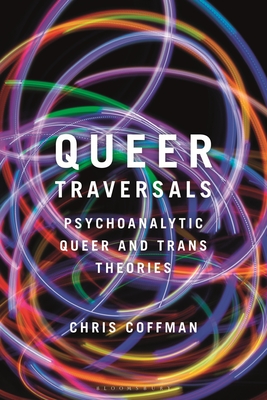 Working at the intersection of psychoanalytic, queer, and transgender theories, this book argues for the need to read Lacanian psychoanalysis through a queer and trans-positive framework. In so doing, it challenges the dimensions of fantasy at play in efforts to insist on the continued validity of the binary gender system. Targeting the Lacanian concept of "sexual difference" - that desire is structured through the difference between masculine and feminine - it argues that this idea is not transhistorical, as orthodox Lacanians claim, but rather a historically contingent fantasy. As such, it argues that psychoanalytic queer theorists need to go beyond this fantasy to register truly the full range of sexualities and modes of embodiment.

Examining texts as diverse as films such as Hedwig and the Angry Inch and literary texts such as Paul takes the Form of a Mortal Girl, the book enables a queer and trans- inclusive model of theorizing subjectivity in psychoanalysis, psychosocial studies and cultural studies.
Chris Coffman is Professor of English at the University of Alaska Fairbanks, USA. The author of Insane Passions and Gertrude Stein's Transmasculinity, she writes about modernist literary and visual culture as well as aboute psychoanalytic, feminist, queer, and transgender theories.