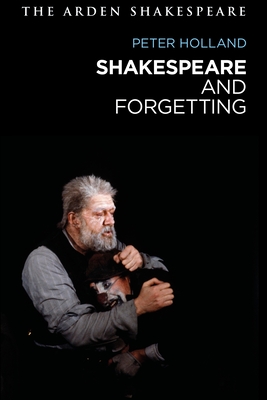 What does it signify when a Shakespearean character forgets something or when Hamlet determines to 'wipe away all trivial fond records'? How might forgetting be an act to be performed, or be linked to forgiveness, such as when in The Winter's Tale Cleomenes encourages Leontes to 'forget your evil. / With them, forgive yourself'? And what do we as readers and audiences forget of Shakespeare's works and of the performances we watch?

This is the first book devoted to a broad consideration of how Shakespeare explores the concept of forgetting and how forgetting functions in performance. A wide-ranging study of how Shakespeare dramatizes forgetting, it offers close readings of Shakespeare's plays, considering what Shakespeare forgot and what we forget about Shakespeare. The book touches on an equally broad range of forgetting theory from antiquity through to the present day, of forgetting in recent novels and films, and of creative ways of making sense of how our world constructs the cultural meaning of and anxiety about forgetting. Drawing on dozens of productions across the history of Shakespeare on stage and film, the book explores Shakespeare's dramaturgy, from characters who forget what they were about to say, to characters who leave the stage never to return, from real forgetting to performed forgetting, from the mad to the powerful, from playgoers to Shakespeare himself.
Peter Holland is the McMeel Family Professor in Shakespeare Studies in the Department of Film, Television and Theatre at the University of Notre Dame, USA, and formerly Director of the Shakespeare Institute at the University of Birmingham, UK. He is the author of numerous books, editions and collections, was Editor of Shakespeare Survey for 19 years and is General Editor on series amounting to over 60 published volumes. He is Chair of the International Shakespeare Association.