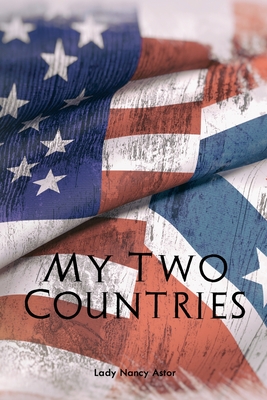 "If you were my husband, I'd poison your tea," Lady Astor famously said to Churchill. "Madam, if you were my wife, I'd drink it."

Lady Nancy Astor was the first woman to take a seat in the British Parliament. In her book she provides insight on how it was to be a female figure in a male dominated government. She cared not for "scholarly attainments or oratorical orations" but rather "spoke from the heart", which both baffled and charmed the British politicians and public.

It's a short read that promotes feminism and political reform in the aftermath of World War II, and chronicles the journey of how she rose to become a historical figure against all odds - and a truly inspirational tale.

Astor was an often controversial figure. Some put her rule-breaking ways down to her American upbringing, but she was always a unique character. As her quotes show, she was famous for her quick wit, and an occasional cruel streak.

"Ever since I first entered the Mother of Parliaments I realised that I had ceased to be a person and had become a symbol."

"Pioneers may be picturesque figures, but they are often rather lonely ones."

"I fear bombs in politics far less than I do apathy."

"History is more romantic to read than to make."