The Roman Empire in Crisis, 248-260: When the Gods Abandoned Rome (Hardcover) 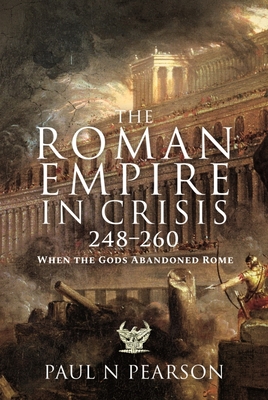 The Roman Empire in Crisis, 248-260: When the Gods Abandoned Rome (Hardcover)


This title is likely unavailable. Email or call for price and availability.
This book is a narrative history of a dozen years of turmoil that begins with Rome's millennium celebrations of 248 CE and ends with the capture of the emperor Valerian by the Persians in 260. It was a period of almost unremitting disaster for Rome, involving a series of civil wars, several major invasions by Goths and Persians, economic crisis, and an empire-wide pandemic, the 'plague of Cyprian'. There was sustained persecution of the Christians. A central theme of the book is that this was a period of moral and spiritual crisis in which the traditional state religion suffered greatly in prestige, paving the way for the eventual triumph of Christianity.

The sensational recent discovery of extensive fragments of the lost Scythica of Dexippus sheds much new light on the Gothic Wars of the period. The author has used this new evidence in combination with in-depth investigations in the field to develop a revised account of events surrounding the great Battle of Abritus where the army of the emperor Decius was annihilated by Cniva's Goths. New light is shed on a period which is pivotal for understanding the transition between Classical civilisation and the period known as Late Antiquity.