Jane Austen in the Context of Abolition: 'a Fling at the Slave Trade' (Hardcover) 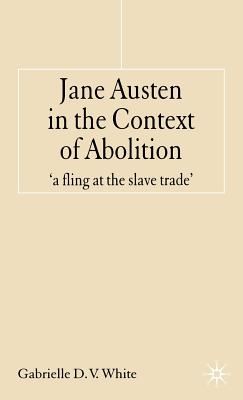 This wide-ranging and convincingly argued study looks at the issues of and attitudes towards slavery in Jane Austen's later novels and culture, and argues against Edward Said's critique of Jane Austen as a supporter of colonialism and slavery. White suggests that Austen is both concerned and engaged with the issue, and that novels such as Mansfield Park, Emma and Persuasion not only presuppose the British outlawing of the transatlantic slave trade but also undermine the status quo of chattel slavery, slavery's most extreme form.