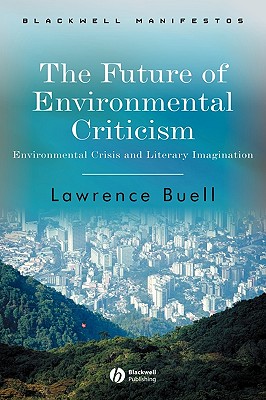 
Available in Warehouse. Wait for Email Confirmation for ETA
This book cannot be returned, cancelled, or exchanged. Please call for availability and pricing
Written by one of the world's leading theorists in ecocriticism, this manifesto provides a critical summary of the ecocritical movement.

Lawrence Buell is Professor of English at Harvard University. He is best known for his two previous books on environmental criticism, The Environmental Imagination (1995) and Writing for an Endangered World (2001). His book on Emerson (2003) was also widely admired.