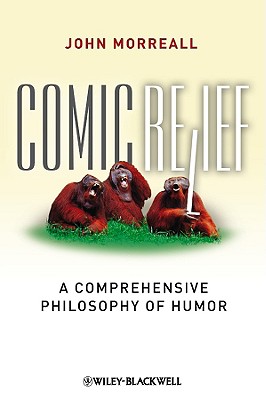 
Available in Warehouse. Wait for Email Confirmation for ETA
This book cannot be returned, cancelled, or exchanged. Please call for availability and pricing
Comic Relief: A Comprehensive Philosophy of Humor develops an inclusive theory that integrates psychological, aesthetic, and ethical issues relating to humor
John Morreall's previous publications include Taking Laughter Seriously (1983); The Philosophy of Laughter and Humor (1987); Humor Works (1997); and Comedy, Tragedy, and Religion (1999). In 2004 and 2005, he was elected President of the International Society for Humor Studies. His work has been featured in the New York Times, the Washington Post, and the Economist.