The Paris Commune of 1871 (Paperback) 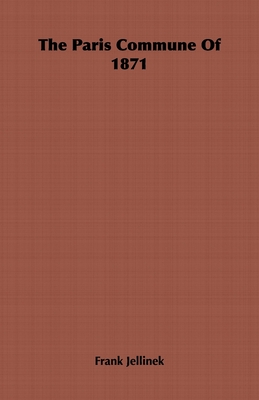 The Paris Commune of 1871 (Paperback)


Available in Warehouse. Wait for Email Confirmation for ETA
This book cannot be returned, cancelled, or exchanged. Please call for availability and pricing
Originally published in the 1930s this is a fascinating examination, using documents and eye-witness accounts, of the famous Paris Commune. Contents include: The End of An Empire; The Government of National Defence; The National Assembly; The Eighteenth of March; The Government of Monsieur Assi; The Commune War; Cluseret Rossel Delescluze; Last Days of the Commune; The Battle of Paris; The End The Restoration of Order; The Commune At Work. Many of these earliest books, particularly those dating back to the 1900s and before, are now extremely scarce and increasingly expensive. We are republishing these classic works in affordable, high quality, modern editions, using the original text and artwork.