How to Bake (Hardcover) 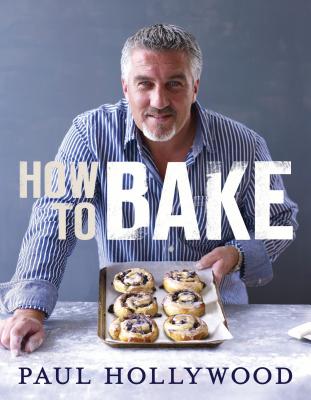 How to Bake (Hardcover)

From the star of Netflix's Great British Baking Show, a delicious, easy to follow cookbook for every home chef who wants to avoid soggy pie bottoms or win star baker.

Paul Hollywood was the son of a baker long before he became a household name as a judge on The Great British Baking Show. Raised to make perfect breads, scones, and sponges, he advanced from his father's kitchen to become head baker at hotels around the world. As he worked, Hollywood became passionate about busting the myths that surround baking, sharing his finely honed skills, and showing that with the right guidance, anybody can achieve success time after time.

Now, in How to Bake, Hollywood introduces readers to his tried and true techniques. He has filled this book with easy-to-follow, clearly explained, utterly delicious recipes for an abundance of breads, pastries, cakes and biscuits from ciabatta to focaccia and fresh croissants to a classic Victoria sponge.

The son of a baker, Paul Hollywood has shot to fame with his role as a judge on The Great British Bake Off. He worked as Head Baker at exclusive hotels including Cliveden and the Dorchester and he went on to launch The Paul Hollywood Artisan Bread Company, which now supplies Waitrose among others.