Dragon Rouge: The Rescue of Hostages in the Congo (Paperback) 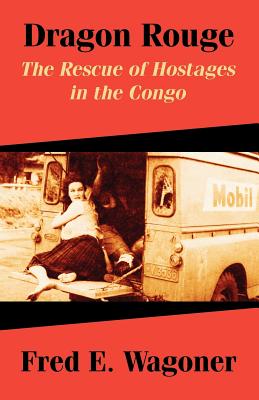 By Fred E. Wagoner
Email or call for price & availability

International terrorism and the seizure of hostages for political purposes have become all too familiar events in Africa, the Middle East, Western Europe, England - no area seems to be immune - innocent civilians are being seized and held by those wishing to achieve ideological and political goals. When rebels held hostage American consular personnel and other civilians in Stanleyville, the Congo, in 1964, the United States was confronted with a unique crisis situation. In this exhaustively researched account, Colonel Fred Wagoner presents a chronological narrative of the events leading to the Belgian-American operation, DRAGON ROUGE, which successfully rescued Americans and Belgians held hostage in Stanleyville for 111 days. Based primarily on recently declassified and other original, unpublished sources, it is the compelling story of the ordeal of the hostages. It is also a story of decisionmaking in crisis, and an instructive account of how an international hostage crisis was managed. There are interesting insights into the complex factors, both domestic and international, which must be weighed in crisis decisionmaking, and an exploration of how the views of allies, adversaries, and the Third World were accommodated.