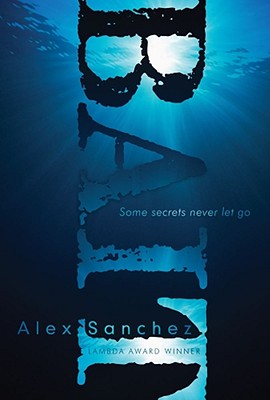 
This title is likely unavailable. Email or call for price and availability.
Diego has gotten into trouble because of his temper before. But when he punches out a guy in school who was looking at him funny, he finds himself in juvenile court, facing the possibility of probation, or worse—juvenile jail. Mr. Vidas is assigned as his probation officer, but Diego doesn’t trust or like him. However, he doesn’t have a choice—he has to talk to Mr. Vidas, or he’ll find himself in worse trouble. It’s only when Diego starts to open up to Mr. Vidas that he begins to understand that the source of his anger is buried in his past—and to move beyond it, he needs to stop running from his personal demons.
Alex Sanchez spent almost fifteen years working with youth. He is the author of the teen novels Boyfriends with Girlfriends, Bait, The God Box, Getting It, Rainbow Boys, Rainbow High, and Rainbow Road, as well as the Lambda Award–winning middle-grade novel So Hard to Say. Lambda Literary Foundation honored Alex with an Outstanding Mid-Career Novelists’ Prize. He lives in Thailand and Hollywood, Florida. Visit him at AlexSanchez.com.