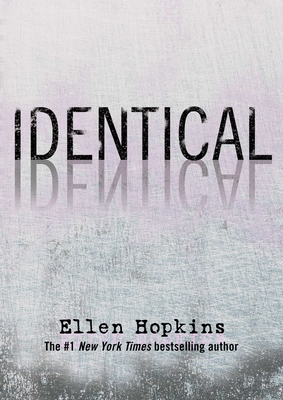 Do twins begin in the womb?
Or in a better place?

Kaeleigh and Raeanne are identical down to the dimple. As daughters of a district-court judge father and a politician mother, they are an all-American family -- on the surface. Behind the facade each sister has her own dark secret, and that's where their differences begin.

For Kaeleigh, she's the misplaced focus of Daddy's love, intended for a mother whose presence on the campaign trail means absence at home. All that Raeanne sees is Daddy playing a game of favorites -- and she is losing. If she has to lose, she will do it on her own terms, so she chooses drugs, alcohol, and sex.

Secrets like the ones the twins are harboring are not meant to be kept -- from each other or anyone else. Pretty soon it's obvious that neither sister can handle it alone, and one sister must step up to save the other, but the question is -- who?
Ellen Hopkins is the #1 New York Times bestselling author of numerous young adult novels, as well as the adult novels such as Triangles, Collateral, and Love Lies Beneath. She lives with her family in Carson City, Nevada, where she has founded Ventana Sierra, a nonprofit youth housing and resource initiative. Follow her on Twitter at @EllenHopkinsLit.