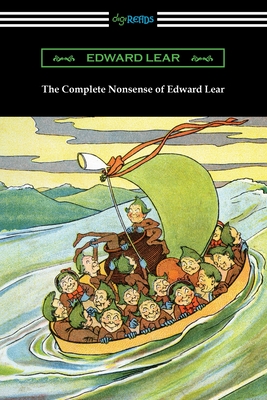 English artist, illustrator, and poet Edward Lear is most famous for the volumes of limericks and nonsense poems that he published beginning with his first, "A Book of Nonsense", in 1846. These clever and memorable limericks and poems were instantly popular when they first appeared and Lear followed his first volume with several more works of nonsense poetry over the course of his career. These "nonsense" works turn ordinary language and literary expectations on their head with made up words and strange and meaningless phrases. While limericks usually consist of five lines and bawdy topics, Lear's limericks vary in length and are never scandalous. Instead, they are charming and creative, combining words and images into surprising and unexpected verses. His poems, such as the enduringly popular "The Owl and the Pussycat", are fun for all ages and continue to inspire artists and adaptations over a century after they first appeared. Included in this volume is a complete compilation of all of Edward Lear's timeless and entertaining "nonsense" books. This edition is printed on premium acid-free paper.